Directed by Sean Harris & Darlene Zoller
Choreographed by Darlene Zoller
The musical for everyone who’s ever had a dream and put it all on the line. Winner of nine Tony Awards, including Best Musical, and the Pulitzer Prize for Drama, this singular sensation is one of the longest running Broadway musicals ever. A CHORUS LINE is a stunning musical-vérité about the achingly poignant ambitions of professional Broadway chorus dancers to land a job in the show, and is a powerful metaphor for all human aspiration. Memorable musical numbers include I Can Do That, At the Ballet, Dance: Ten; Looks: Three, The Music and the Mirror, What I Did for Love, One (Singular Sensation) and I Hope I Get It. It is a brilliantly complex fusion of dance, song and compellingly authentic drama.

Parental Discretion Advised due to language, recommended for ages 13 and up.

Open Mic: after the June 25th and July 16th performance. Stay after the show and perform or just enjoy the after-show. 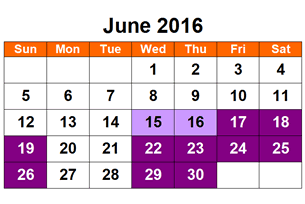 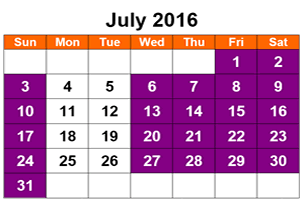 TINO ARDIENTE (Paul) Playhouse on Park: Daddy/Mr. Scary JUNIE B. JONES Interlakes Theatre: Pepe WEST SIDE STORY, Ancestor THE ADDAMS FAMILY; The Hartt School: George Widener TITANIC, Antonio MUCH ADO ABOUT NOTHING. Favorite roles include: Tommy ANNIE GET YOUR GUN and Angel RENT. Tino is a rising senior at The Hartt School of Music, Dance, and Theatre at the University of Hartford. He would like to thank his friends and family for their unending support!

BOBBI BARRICELLA (Diana) Playhouse on Park debut! Some favorite past roles include: Kristine A CHORUS LINE; Fairy IOLANTHE; Teenager DAMN YANKEES; Cosette LES MIS. Bobbi recently graduated from Wagner College this past May with a Bachelor's degree in Theatre Performance and a Minor in Dance. Thank you to my mom who is also my absolute best friend!

RONNIE BOWMAN, JR. (Richie) Playhouse on Park: Featured Dancer MAMA D'S OUTRAGEOUS ROMP. MacHaydn Theatre: Bernardo WEST SIDE STORY, George u/s DROWSY CHAPERONE, Doumergue THE BAKERS WIFE. Hartford Stage Youth Co.: Valentine, TWO GENTLEMEN OF VERONA. The Hartt School: Captain E.J Smith, TITANIC. This Connecticut native is thrilled to be making his Playhouse on Park Main-Stage Debut! All thanks be to God, from which all blessings flow. Thanks to my family, friends, and teachers for their constant love and support. Follow me: @rsbowman_

KAYLA STARR BRYAN (Bebe) Playhouse on Park debut! National Tour: Ensemble/Olive NICE WORK IF YOU CAN GET IT; Lyric Stage Company of Boston: Lonely Town Pas De Deux/Ensemble ON THE TOWN; KY Conservatory Theatre: Vivienne Kensington LEGALLY BLONDE.  Kayla is a graduate of Emerson College.  Thank you to family and friends for the endless love and support! www.kaylastarrbryan.com

ANDEE BUCCHERI (Val) Playhouse on Park debut! Andee earned her BFA at NYU Tisch New Studio on Broadway/ Stonestreet Studios. Her favorite roles include Elle Woods in LEGALLY BLONDE and Mrs. Nordstrom in A LITTLE NIGHT MUSIC. Andee is very excited to be making her professional debut at Playhouse on Park! Love to my family and Matt. www.andeebuccheri.com

EMILY DUFOUR (Ensemble (Tricia), u/s Maggie, Judy) Playhouse on Park Debut! Steps Off Broadway: Belle BEAUTY AND THE BEAST, Gingy/Sugarplum Fairy SHREK THE MUSICAL; Lexington Players: Andrea ONCE ON THIS ISLAND; Flyleaf Theater Company: Anna SPRING AWAKENING; Encore Repertory Company: Alana THE LITTLE MERMAID; Footlighters Club: Mayzie La Bird SEUSSICAL THE MUSICAL; The Hartt School: Panacea A FUNNY THING HAPPENED ON THE WAY TO THE FORUM; Emily is currently a junior at The Hartt School studying as a BFA Musical Theater major. She would like to thank her family for all their support!

HEATHER FISCH (Ensemble (Melissa), u/s Kristine, Bebe)
Playhouse on Park debut! H Some of Heather's favorite roles include: Gertrude McFuzz in SEUSSICAL THE MUSICAL Scarecrow THE WIZ, Caitlyn Hunyak CHICAGO and Pilar in LEGALLY BLONDE. Upcoming Credits: CHILDREN OF EDEN at the University of Miami. eather is a an incoming sophomore BFA Musical Theatre student at the University of Miami . She started her training in ballet at the age of three at Philadelphia Dance Theatre while enhancing her education through the University of the Arts, Carnegie Mellon University and Northwestern University pre college programs for acting and musical theatre. Heather received two Greater Philadelphia Cappies nominations for best dancer as well as the chance to open for Jay Leno. Thank you to everyone at Playhouse on Park for this incredible opportunity!

RINA MAEJIMA (Connie) Playhouse on Park Debut! Opera: So-Gakudo Hall (Japan): Despina COSI FAN TUTTE . Rina holds a BA in Classical Voice performance from Tokyo University of the Arts. She is a recent graduate from AMDA (The American Musical and Dramatic Academy) in their Integrated Program. She is so excited to have her first professional show in America! She would love to thank all her teachers, friends, and especially her mother who always supports her with a huge love from Japan.

TRACEY MELLON (Sheila) Playhouse on Park debut! She is so thrilled to be on the line with this fierce company. When she's not on stage acting as a sassy performer who is kind of #overit, you can find her making a mean cocktail or eating pizza. NYC native and SUNY Buffalo graduate. Past roles include Sally Bowles CABARET, Jennyanydots CATS and Countess Charlotte A LITTLE NIGHT MUSIC. Thanks for all the endless love and support from her parents, friends, family, Renee, and Andrew. @tracey_mellon

SPENCER POND (Larry, Male Swing, Assistant Choreographer) Playhouse on Park: stop/time dance theater. Dance Credits Include: Full Force Dance Theater; The Sonia Plumb Dance Company; as well as performed guest roles at The Hartt School Community Division, and Pioneer Valley Ballet.Teaching Credits Include: The Hartt School Community Division at The University of Hartford; The Greater Hartford Academy of the Arts; Watkinson School; Stage Left Dance; and Glastonbury Dance Center. Spencer is founder and artistic director of The Now Unboxing Project, a Hartford based dance company that seeks to create and innovate by exploring the limitations we put on ourselves as artists and as members of a society. Spencer trained under the tutelage of Darlene Zoller, and at the Community Division under the direction of Samantha Dunster. Check out his company at: Cargocollective.com/thenow

CARA RASHKIN (Judy, u/s Cassie) Playhouse on Park Debut!  Monomoy Theatre: Gloria DAMN YANKEES, Kitty PRIDE AND PREJUDICE; The Hartt School: Peggy 42nd STREET, Raven ROBBER BRIDEROOM, Ensemble REEFER MADNESS.  Cara is currently at senior in the Music Theatre BFA program at the Hartt school.  She thanks her family and friends, and boyfriend who have been her biggest support through it all.  She wouldn't be here without you all.

ANNA MARIE RUSSELL (Ensemble (Camille), u/s Cassie, Sheila, Diana, Connie) Playhouse on Park: Junie JUNIE B. JONES The Hartt School: Domina A FUNNY THING HAPPENED ON THE WAY TO THE FORUM, Ruth THE ART OF SELF-DEFENSE; American River College: Tracy Turnblad HAIRSPRAY; Fair Oaks Theatre Festival: Mayzie la Bird SUESSICAL THE MUSICAL. Anna is a Sacramento native who is currently attending The Hartt School for Music Theatre. She would like to thank her mother for always being her biggest motivator and number one fan! Enjoy!

OLIVIA RYAN (Ensemble, u/s Bebe) Playhouse on Park: Debut! Theatre at the Mount: CHICAGO, LEGALLY BLONDE, 9 TO 5, FIDDLER ON THE ROOF, The Hartt School: Phyllis 42nd STREET WHITE CHRISTMAS; Olivia will be returning to The Hartt School in the fall for her junior year as a BFA Musical Theatre student.

SARAH WARRICK (Ensemble (Barbara), u/s Val) Playhouse on Park debut! Previous credits include: Reagle Music Theatre: ME AND MY GIRL, WONDERFUL TOWN, KISS ME KATE. She is a rising junior at The Hartt School. Love to Mom and Dad.

SEAN HARRIS (Director) is the co-founder and co-artistic director of Playhouse on Park.  At the Playhouse Directing Credits: PASSING STRANGE, ANGELS IN AMERICA, CABARET, HAIR, OF MICE AND MEN, and  METAMORPHOSES among others.  Playhouse on Park Acting Credits: THE MYSTERY OF IRMA VEP, THE HOUND OF THE BASKERVILLES, and THE COMPLETE WORKS OF SHAKESPEARE ABRIDGED, which will be revived this upcoming season, and ART. Other recent directing credits include The Last Train to Nibroc and Another August for Fifth Letter Productions.  NYC Directing Credits: The Barrow Group, The Producers Club, Theatre 22, and the Theatre at Westbeth.  Recent Directing Credits: Western CT State University.  Other regional credits include productions at Florida Studio Theatre, Shakespeare on The Sound, and the Pennsylvania Shakespeare Festival. Sean has a BA in Acting and Directing from DeSales University and an MFA from The New School for Drama/Actors Studio.

DARLENE ZOLLER (Director/Choreographer) Darlene is the co-founder and co-artistic director of Playhouse on Park. Directing and Choreography: Playhouse on Park: JUNIE B JONES, SUPERSTITION, HAIR, CABARET, CHICAGO (Best Director of a Musical/Broadway World) SWINGING ON A STAR and THAT HOLIDAY FEELING among others. She is the founder, director and choreographer of stop/time dance theater, the resident dance company of Playhouse on Park, now in its thirteenth year. She was voted Best Director of a Musical/Broadway World for last year's production of I'D RATHER BE DANCING. She IS Mama D of MAMA D's OUTRAGEOUS ROMP; a grown ups only music, dance and comedy event exclusive to the Playhouse. Darlene is an adjunct professor at the University of Hartford's Hartt School where she directed and choreographed CHICAGO and did the choreography for ON THE TWENTIETH CENTURY, THOROUGHLY MODERN MILLIE and SMILE. She also teaches for the Hartt Community Dance Division and is an instructor at Big Sky Fitness in Vernon.

EMMETT DRAKE (Music Director) Previous Playhouse on Park: HAIR, YOU'RE A GOOD MAN CHARILE BROWN, SIDE BY SIDE BY SONDHEIM. Other recent productions include: West Hartford Summer Arts Festival: WEST SIDE STORY. WHSAF: ON THE TOWN. St. Paul CHS: A LITTLE PRINCESS, THE SOUND OF MUSIC and many more. Emmett is the Director of the five Suzuki Orchestras at the Hartt School, and is also the Director of Orchestras at Hall and Conard High Schools in West Hartford. Recent guest conducting appearances include Hartford Symphony Orchestra, Suzuki Youth Orchestra of the Americas, CMEA Regional Orchestras (Northern, Eastern, Southern) and Fairfield County String Festival. Emmett was recently named a quarterfinalist for the 2017 Grammy Music Educator Award. Emmett is pleased to be back at Playhouse on Park again this summer. He currently lives in West Hartford, CT.

*Appears through the courtesy of Actors' Equity Association, the Union of Professional Actors and Stage Managers in the United States.